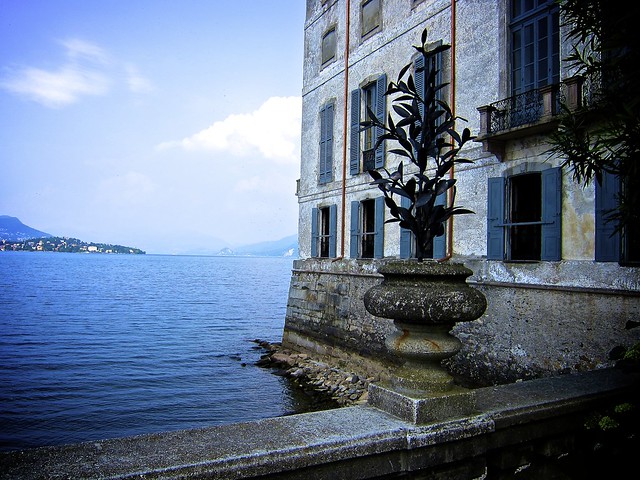 My son and I have been in Italy for over 3 weeks now. We've ventured from the very North where you could throw a rock at Switzerland, down to that ancient pocket in the center where the "man with the funny white hat" calls home. We're having the time of our lives, certainly one of the most treasured experiences of my life. I sit here writing this while looking out over a Tuscan night sky, in a farmhouse of all places, completely relaxed. We've both embraced, the feeling of slow. It's not unique to Italy, but in many regions they've mastered it.

In Tuscany, the Italian Siesta is the norm, and literally built into the schedules of most establishments. Don't expect much from anyone between the hours of 12pm and 4pm. Nor on Sundays. And some places Monday isn't going to net you much productivity either. Oh, and don't forget holidays! Visiting from the outside, where a Siesta is unheard of, this can be a shock. It certainly seemed that way for me, when I'm used to being able to pop into any restaurant at home during "normal business hours" and get service no matter what. I've visited with some folks while in Italy who consider this unproductive, lazy, and downright rude. I see things differently.

In every place we've been to thus far, our encounters with Italians have been mostly in Italian (with hand gestures for easier understanding) and broken and often times not adequate English. My son and I often look at each other with confused stares when walking around parts of Italy, inevitably, we'll be stopped and monologued with by an older Italian gentleman. Sometimes I'll mutter off some apologetic words and pleas for him to slow down "Piu piano", and I understand only a little "Scusa, Capito poco Italiano". Other times we'll just smile, let him finish, say "Grazie! Ciao!" and be on our way.

At every encounter though, as I've taken to do while at home in California speaking Spanish, I attempt to get my point across in Italian. Broken and often stressing the wrong parts of a word, but definitely giving it the college attempt. And my Italian is getting better. I ask a lot about the lack of English when I find Italians with a better conversational fluency. Most blame the school system, apparently reform in the last 10 years is finally bringing English language learning as a requirement for Italy's young. Other opinions have mostly slammed the Italian people for not adopting learning English in such a tourist-heavy destination. "Think of how much easier you could make it on the tourists!", they would say. I see things differently.

[pullquote]Get lost in the magic of a place. Invite me into your culture, and let me feel it.[/pullquote]Being in Italy reminds me of the story of the fisherman and the businessman. Essentially a businessman comes upon a fisherman who is very skilled at the job of fishing, catches enough fish to feed himself and his family for the day, and then retires to play with his kids, relax, and drink at night with his buddies, laugh and have a good time. The businessman in an attempt to help this lazy sod explains how he could expand to a grand fishing empire, make millions, command large fleets of fishing boats. With a simple question of "And then what?". We essentially get to an experience the fisherman is already enjoying.

Italy has a lot of fisherman, and a lot of businessmen. The siesta is brilliant. It's the life of the fisherman in action. It's the choice between eeking out a few extra hours of productivity in the middle of the day, or taking a nap. In some spots it's simply too hot to do anything productive anyway. We see the life of the businessman in most of the tourists who visit the cities. They are very easy to spot. This creature usually carries a camera glued to one hand, a headset in the other, and moves very quickly in a large group. The leader of their group is often an enterprising foreigner speaking the groups native tongue, who holds up an unopened umbrella or other unique symbol, and is rattling off facts about each destination they stop and swarm at. I often wonder if they ever just sit and stare off into the centuries old relics and enjoy being here, without filling a photo album with sign posts of proof that "I was there."

Part of the magic of being in Italy, is hearing Italian, and experiencing what it is to be here. If you came to Italy, and only heard English spoken, would the place hold the same romance? Traveling with a child has forced me to venture where most tourists usually don't, or visit museums / monuments when lines are nearly nonexistent. I enjoy hearing the Italian flow, even when I don't understand most of what's being said, it helps me get lost in being here.

And isn't that the point? Get lost in the magic of a place. Invite me into your culture, and let me feel it. My son and I certainly have pictures of sites we've been (which include many playgrounds), and videos as well, and through it all my focus for each day is to listen. Listen to what I feel called to do for that day. And if the answer is to play with my son at a playground or color dinosaurs on the steps of a museum with a ton of amazing Boticelli paintings ready to be devoured...

I'll experience my time in Italy that way.